Amerex has launched a new early warning system that gives a pre warning that a battery is about to go into thermal runaway. The system uses gas detection to detect the gases released, and the manufacturer says it gives on average 3-4 minutes per warning, providing valuable extra time to either evacuate passengers or to move the bus to a safe location, addressing a key risk that operators have identified and allowing safe remove other buses from the hazard zone. The company explained that its new system uses advanced technology adapted for electric vehicles, with sensors strategically placed around the vehicle to register a warning before an event occurs. Controller Area Network (CAN) module telematics can also be configured to alert the operations control centre for faster on-scene response. 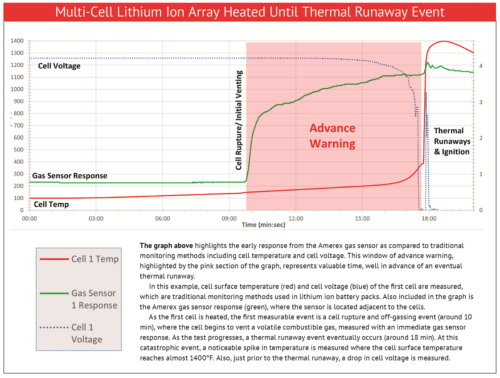