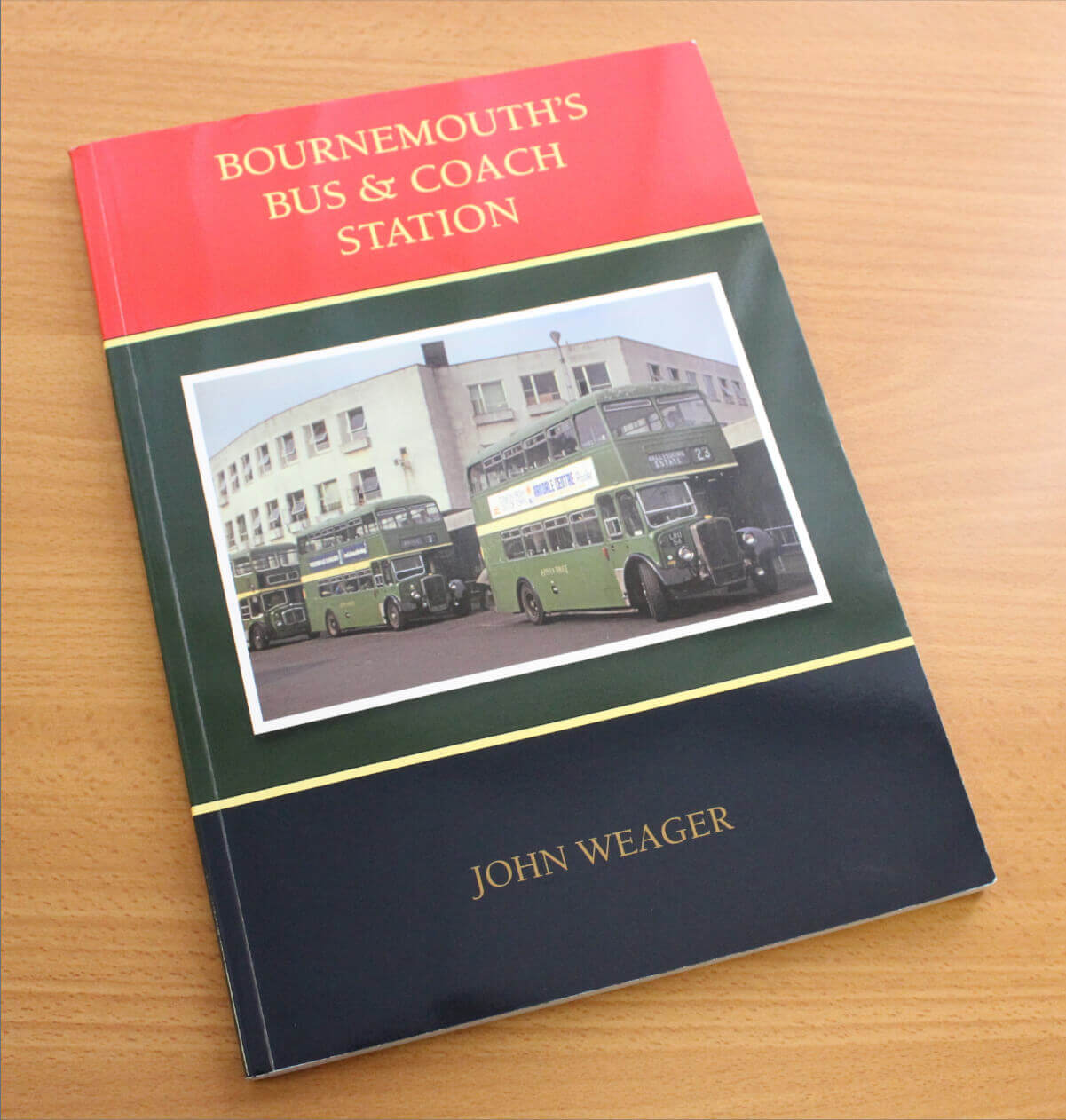 Bournemouth’s Bus & Coach Station, priced £25, has been self-published by author John Weager and is an A4 softback book with 136 pages and over 220 photographs as well as several maps and diagrams.

Picture reproduction is to a high standard helping to illustrate what is a detailed, multi-dimensional account that has been meticulously researched. On page 62, for example, John outlines some of the problems of the enclosed coach station. “In the redesigned station from 1958, with even more vehicle usage, the concerns over manoeuvring vehicles and especially the fumes they generated became more evident,” he relates. “Both staff and passengers complained about the situation and H&D (Hants & Dorset) looked at several possible solutions.” He concluded however: “None of these measures would ever prove to be that effective.”

Nine chapters tell the history of what John describes as a “unique, iconic building from its first incarnation in 1931, through the redesign and expansion in 1957-9, the heyday of the 1960s and the disastrous fire in 1976 to its eventual demise and demolition.” Hants & Dorset’s own archives and personal recollections have been drawn on to help tell the story told by a man who actually spent some of his industry career working in the building. “The bus and coach station may be gone but for those of us who remember it, echoes of the old building live on,” he says at the end of his final chapter.