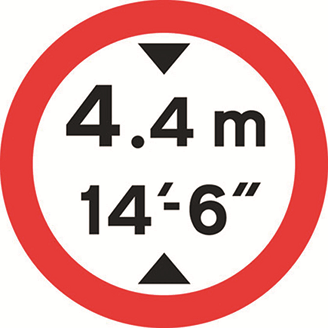 Atlantic Travel (GB) Limited is the holder of a standard international public service vehicle operator’s licence (PC1078893) which was issued in 2009. Thirty-seven vehicles are authorised. Sole director is Yasser Ahmed Dean, who is also Transport Manager (TM) along with David Roy Horrocks.

The operator and its Transport Managers were called to public inquiry after it notified, in accordance with the regulations, the Office of the Traffic Commissioner that one of its vehicles had collided with a railway bridge on 27 May 2022. The information provided within the notification raised concerns about the adequacy of the operator’s measures to reduce the risk of bridge strikes, prompting the call to public inquiry. The inquiry was heard by Traffic Commissioner (TC) for the North West of England Gerallt Evans.

The operator had been called to public inquiry (PI) on three earlier occasions; at the time of application for an operator’s licence in 2009, and in 2017 and 2021. These inquires related to maintenance standards and resulted in the issue of warnings and recording of undertakings. In this instance, the Traffic Commissioner said he was satisfied that there were no wider compliance issues that required consideration at the public inquiry other than the bridge strike.

A call to public inquiry was issued in August, alongside Transport Managers Dean and Horrocks, at which the steps the operator and transport managers took to assess the risks and ensure that routes were planned in advance, to ensure that drivers, transport managers and planners were properly trained to enable them to assess the risks, and to ensure that drivers were be provided with adequate information including about the vehicles which they are driving would be considered.