The Covid-19 outbreak has now taken the lives of 110,000 people worldwide, with over 10,600 of those deaths having occurred in the UK. Unfortunately, this has included some key worker bus drivers.

Staff who were operating services for Transport for London (TfL) have seen the largest number of deaths with 9 bus drivers passing away, additionally, a depot supervisor also lost his life. The drivers had been working at Abellio, HCT, Metroline, Stagecoach and Tower Transit. 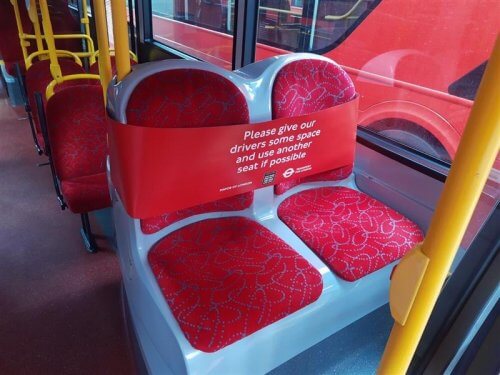 Whilst many bus operators have been quick to implement protective measures for staff and social distancing on their buses, bus drivers on TfL services are angry that not enough is being done to safeguard them. Drivers have been taking to social media to highlight that they are still finding dirty vehicles being allocated to them, security screens not having the air holes covered, no PPE available to them and many are suggesting that passengers should be entering the vehicles through the centre doors to allow social distancing for them.

Talking about the issues highlighted, Mayor of London Sadiq Khan insists that “We’ve made sure that we’re using advanced cleaning regimes” and “We’re using an antiviral disinfectant, the sort of stuff you use in hospitals, to clean not just the steering wheels, but the handles, the bus garages, the restrooms.”

In an interview with Good Morning Britain, he said that TfL had sought guidance from the Department for Transport, Public Health England and the World Health Organisation in regards to whether TfL contracted bus drivers should be supplied with any form of PPE: “What they have told us is that PPE should only be used in care settings. You know the shortage there is of PPE for our NHS and care staff, as recently as yesterday we re-chased the government to get advice on this. Their advice is quite clear transport workers should not be wearing PPE.” He went on to reassure driving staff that protective film was being fitted to, and above the Perspex screens to ensure safety. 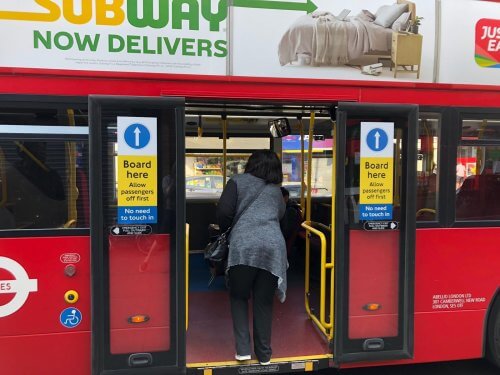 Abellio London is currently working with TfL to trial centre door only boarding on routes 3, 45, 68, 196, 381, 415, 484, C10 and P13. Deputy Mayor of London for Transport, Heidi Alexander tweeted on 10 April that “One week trial of central loading has started today. We are doing all we can to ensure our drivers and passengers stay safe. Please, only travel if absolutely essential and wait for people to get off before you get on.”

Additionally, on Saturday 11 April the trade union for the capital’s 20,000 bus workers, Unite,  announced it had secured company sick pay from day one for London’s bus staff. The union says that the victory means that bus workers fearful of having contracted the illness can stay home safe in the knowledge that they will not be plunged into immediate hardship.

Regional officer for the sector, John Murphy, said: “Unite has been putting immense pressure on bus operators and TfL. The Regional Secretary, Peter Kavanagh has been clear with the Mayor about our demands around this, PPE and rear door boarding on buses.

“If they fall victim to this virus, bus workers need to be able to go sick from day one, to isolate themselves and to recuperate. They should not face a terrible choice between health and hardship”

“So, we are extremely relieved to have secured company sick pay for all bus workers in London from day one”

“Keeping people at home when they are unwell has to be part of the effort to combat this virus.  With this victory, we can now concentrate our efforts to make people safer at work.

“Unite is continuing to press for the best in PPE, masks and gloves to be available for bus workers, so they feel safe in their environment.

Outside of London, a driver from National Express West Midlands and one from First Bristol also sadly lost their lives.

The most recent case of Covid-19 has been at Nottingham Community Transports CT4N, where a driver passed away two weeks ago, with another driver being admitted to hospital on 10 April with suspected Covid-19 symptoms. This has led the company to suspend all services the following day. A statement from CT4N said: “Whilst we have been rigorously following government health and safety advice, a service suspension will provide time to further review health and safety arrangements and consult with staff and others.” 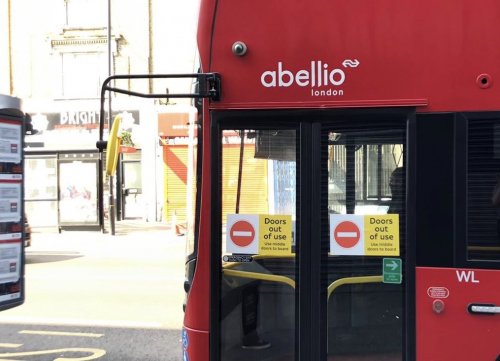