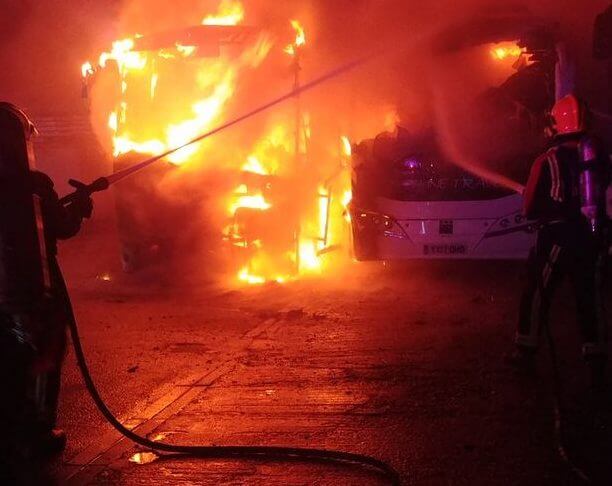 West Midlands Fire Service was called to a blaze in Walsall on 6 December after three coaches were targeted in a suspected arson attack, the Birmingham Mail reported.

The fire which started on Thursday evening, destroyed two luxury coaches, and engulfed a third, leaving it partially damaged. The coaches, owned by family-run Fastline Travel, were parked in the company’s yard when they were attacked.

A West Midlands Fire Service spokesperson reported that 10 firefighters were sent to tackle the blaze at 2000hrs and said: “It is believed to be arson.”

A West Midlands Police spokesperson added: “We are investigating an arson attack at a coach compound in Wednesbury Road, Pleck which occurred last night sometime between 2030 and 2100hrs.”