Figures for 2020 from the DfT show a significant decline in new bus and coach registrations for the year compared to 2019, against a background of rising EV ownership and falling petrol and diesel car sales. Although the first three months of the year started off on broadly similar lines to 2019, registrations dipped by up to 90% through April, May and June before a slight recovery during the summer, falling again through autumn and in the run up to Christmas. The new registration dates in March and September produced expected peaks in sales across the board, including the coach and bus sector. The year ended with a total of 5,200 new PSV registrations, down from 7,200 in 2019, representing a fall of 28.9%, broadly in line with the 27.1% drop in overall new vehicle registrations across the UK during the same period and making up the same proportion of overall new registrations compared to the previous year. At the year end, there were 137,000 PSVs registered in total. New car registrations saw a sharp increase in alternative propulsion, and decreases in petrol and diesel sales with more battery-electric cars registered in 2020 than all previous years combined. In the coach and bus segment, a total of 317 ‘Ultra Low Emission Vehicles’ were registered, a 62% increase on the 121 registered in 2019. 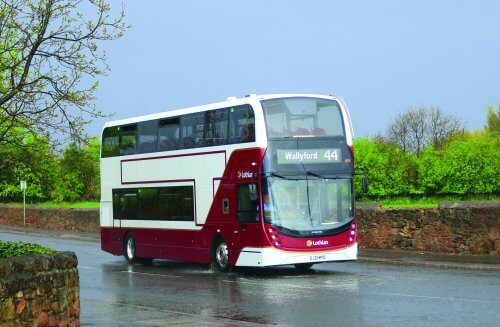