Further air-filtering buses are to be deployed throughout Go-Ahead subsidiaries, allowing each new bus with a filter to clean the same amount of air as 6,000 people breathe every hour and clean one cubic metre of air per second

The Go-Ahead Group is rolling out its ‘Air Filtering Bus’ nationwide to help tackle pollution in our biggest towns and cities.
The buses will be deployed in six more regions as the group accelerates plans to have the greenest fleet of buses in the country.

The single-decker buses – which strip pollutant particles from the air as they drive – will be deployed in Brighton, Manchester, Newcastle, Oxford, Plymouth and Crawley/Gatwick. The buses will hit the streets from the early summer. 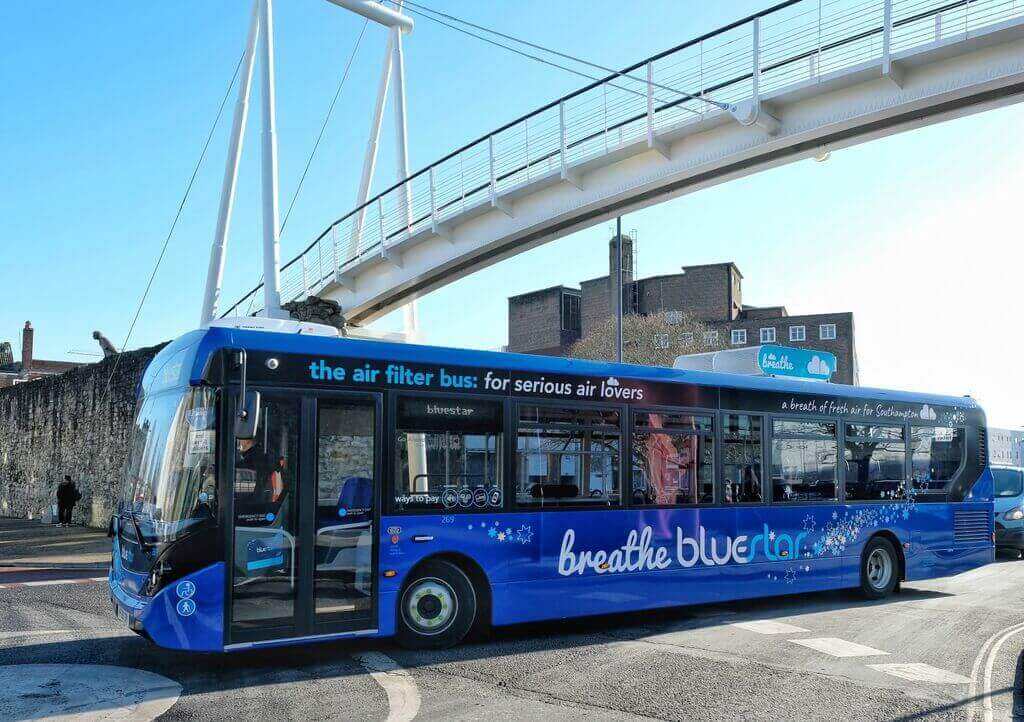 Each bus is fitted with an air filtering system made up of three fans on the roof that suck ultra-fine particles and dirt (known as PM10) into special filters.

The roll-out follows a successful launch in Southampton last year where initial tests showed that a single bus could remove as much as 65g of pollutants from the air – equivalent to the weight of a tennis ball – in a 100-day period (and cleaned 3.2 million cubic meters of city air).

It comes amid growing concern about the rising levels of pollution and demands for local authorities to do to more to clean up the air in urban centres.

In December 2019 doctors warned of a public health crisis due to hospitals and GP surgeries being swamped with cases of asthma and bronchitis.

Go-Ahead is also confirming that in addition to rolling out the Air Filtering Bus into six more regions it is introducing five more of the vehicles into Southampton by early February, covering an entire city centre route.

David Brown, Go-Ahead chief executive, said: “We want to play our part in tackling the crisis in urban air quality and show that buses can be integral to cleaning up our cities. Our air-filtering system has exceeded all expectations in how it can benefit the environment, and it builds on our track-record as operator of the UK’s greenest bus fleet.

“We believe the Air Filtering Bus provides a ‘quick win’ for councils as they explore initiatives such as Clean Air Zones to tackle toxic pollution.”

Health problems associated with outdoor air pollution are linked to 4.2 million premature deaths worldwide, according to the World Health Organisation.

In the UK, the Department for Environment Food and Rural Affairs (DEFRA) estimates that particulate air pollution reduces the life expectancy of residents by six months on average.

It claimed recent research has suggested living in an area with high pollution worsens memory to the same extent as ageing 10 years.

Professors at the University of Warwick looked at levels of the PM10 pollutant, which comes from exhaust fumes, degrading tyres, vehicle exhausts and domestic wood burners.

The Air Filtering Buses are designed to clean the air as they drive through a city, removing up to 99.5% of particulate matter which travels through it.

It was initially deployed on one of the low-emission Euro VI buses run by Go-Ahead subsidiary Bluestar in Southampton. 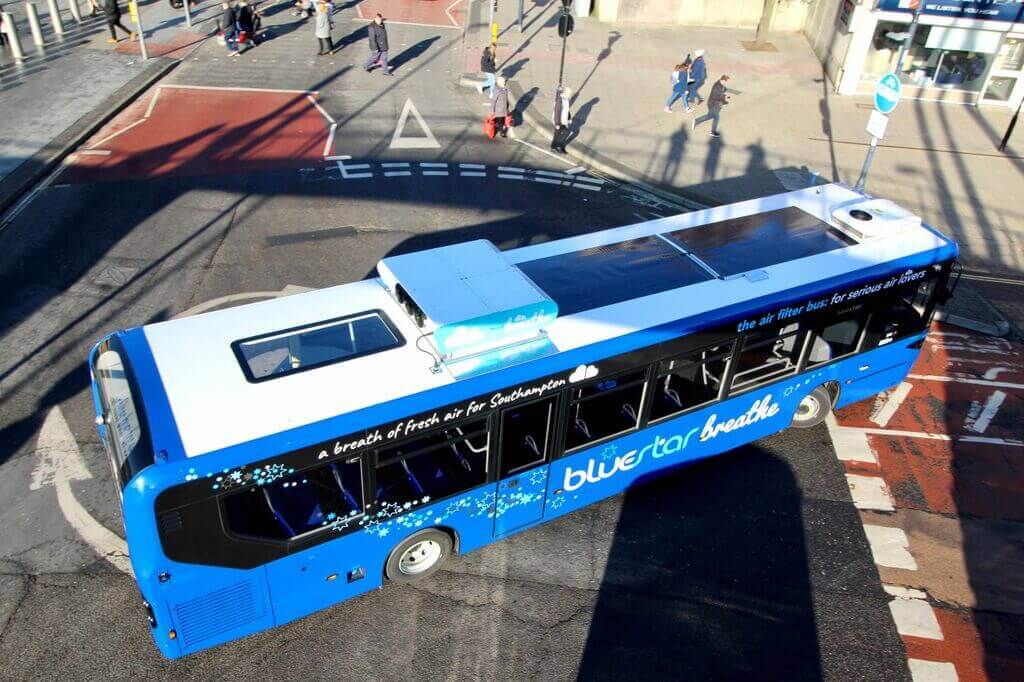