The firm introduced its fleet of eight all-electric Harrogate Electrics Volvos in 2018, after it became the only operator in Yorkshire to win funding of £2.25 million from the government to create Britain’s first Low Emission Bus Town.

Its electric buses have together covered more than 400,000 miles – the equivalent of going around the world over 16 times. In March last year, the operator marked its commitment to cutting carbon emissions further by promising to plant a tree in Harrogate for every 10,000 miles covered by its electric buses, beginning with an oak tree at West Park, close to the town centre. It now plans to fulfil its promise by planting 39 more trees in three areas served by its Harrogate Electrics buses, including in the Nidd Gorge close to Bilton, at Jennyfield and in the pine woods near Pannal Ash.

The Harrogate Bus Company CEO Alex Hornby said: “The town’s switch to electric buses is all about making a longer-term positive change to the way we travel. Every year, air pollution causes up to 36,000 deaths in the UK, so our Harrogate Electrics buses play a vitally important role in clearing the air and protecting our local environment, now and into the future.

In addition, Transdev is trialling a new electric bus on its routes in the town. The BYD ADL single-decker is being trialled for seven days on the town’s route 1. 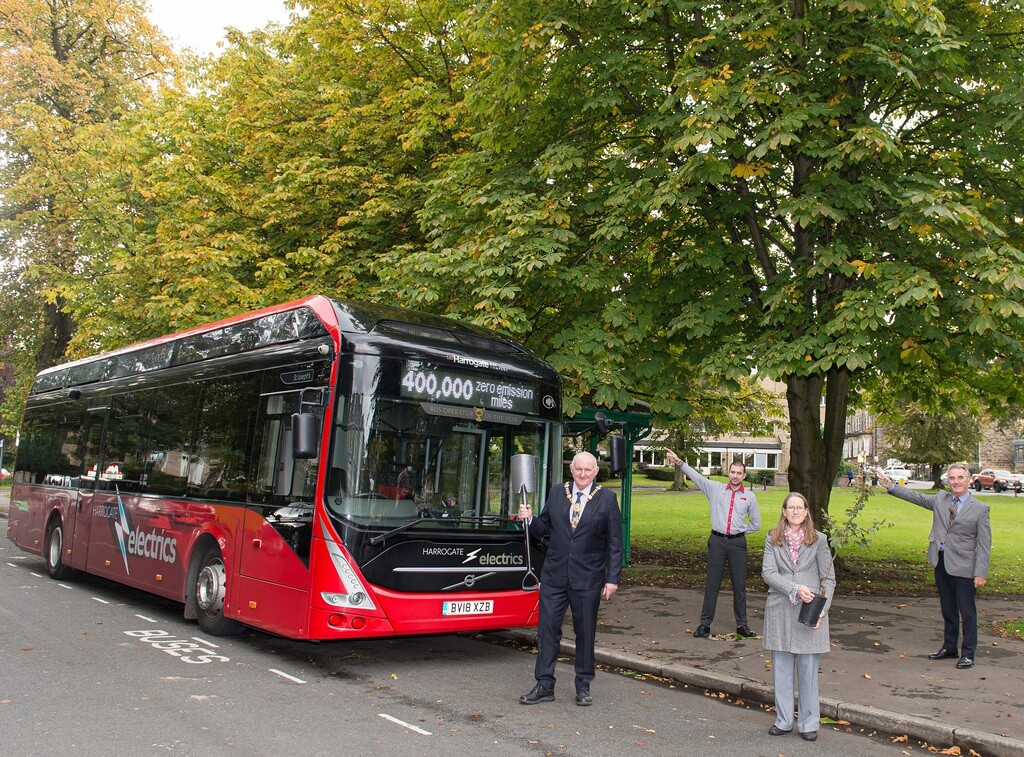