As heavy rain poured down on most of the West and East of Scotland, McGill’s Greenock Depot open day took place on Saturday 3 July in near perfect weather conditions, reports Richard Walter. Organised to mark the 20th anniversary of the company’s operation in Inverclyde, the depot welcomed its customers, their families and many bus enthusiasts to a day of sampling new and vintage buses, coaches, fire engines and police cars. There were a number of other events such as fairground rides, get your name on a destination screen, face painting, bouncy castles and beat the goalie.

Static exhibits included a number of McGill’s fleet including its own 1950 Guy Arab III GVD 47, a variety of buses from the Glasgow Vintage Vehicle Trust together with modern vehicles including Xplore Dundee Wright Eclipse Gemini Volvo B7TL 2801 (SP54 CHF) and ADL Enviro400 MMC 8902 (SN69 ZNS), and McGill’s two new Mercedes Tourismo private hire coaches 47 SE and 7 UUC. One of these is named Hazel but on the day there was a competition to suggest a name for the other.
Volvo showed off its 9700 and 9900 demonstrators to the public.

A free shuttle bus service was organised between either Greenock centre or Lunderston Bay with a fine selection of buses to chose from. Fresh from its appearance at the ITT Hub event at Farnborough International the week before was Yutong electric bus E12, VDL DB250 open topper G6906 (X23 BUS), Leyland Olympian open topper G9323 (J323 BSH) and Western SMT Leyland Leopard 2631 (OSJ 631R) which was purchased by company CEO Ralph Roberts in 2018 and fully restored to its original condition. But pride of place had to go to ADL Enviro400 J8960 (66 XKW, previously SN59 AWX) which was unveiled on the day in a special red, gold and black heritage livery – the original colours of McGill’s of Barrhead.

After so long without a major bus open day having been held in Scotland, this event was much needed and the number of people attending was testament of that. Indeed there was so much demand for the free bus shuttle that a number of duplicate service buses were added to the timetable. A great time was surely had by all. 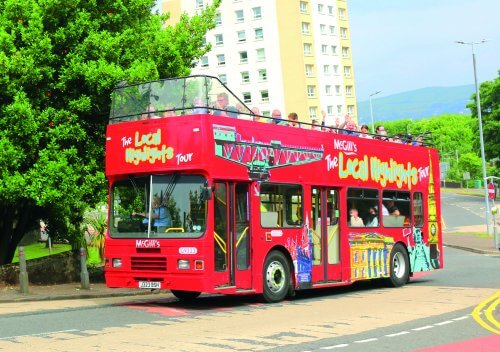 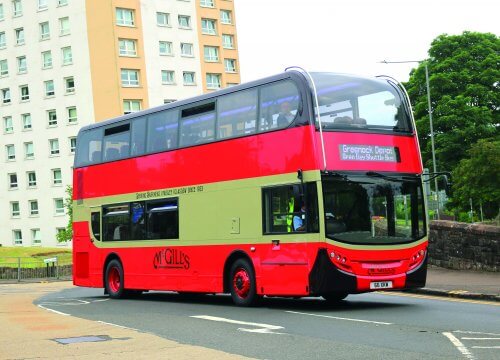 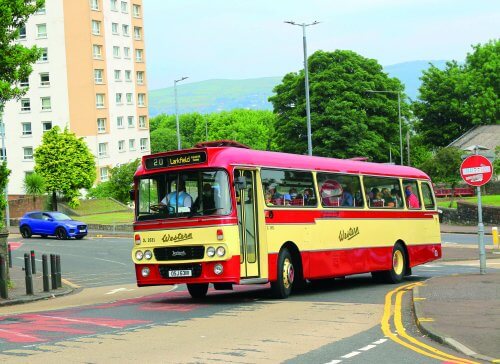 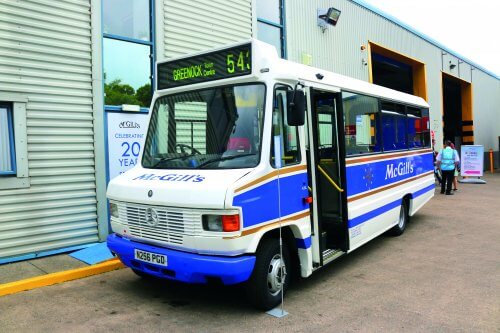 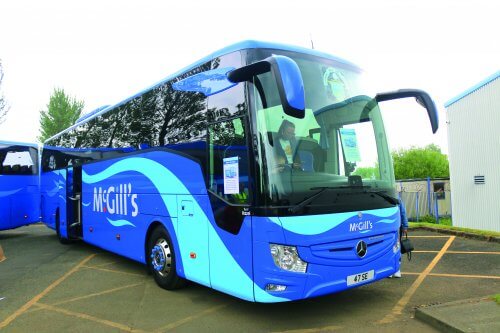 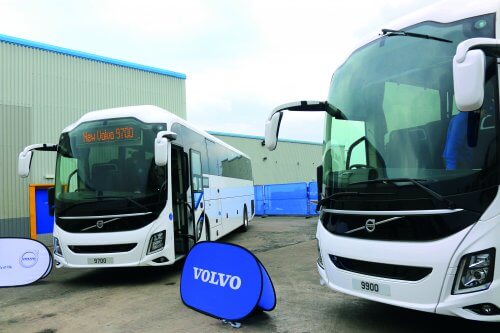