Poole-based Sea View Coaches, which had a Standard International licence to operate 25 vehicles from its Fancy Road depot, has closed.

Sea View Coaches was founded during the mid-1960s with one coach, primarily to transport staff of an engineering company to and from the developing Atomic Energy Research Establishment at Winfrith. The company soon gained an enviable reputation for safety, service, and presentation, leading to the development of a private hire operation, further diversification, and expansion. 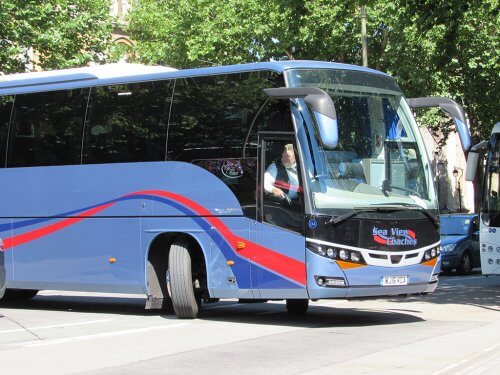 The modern fleet of Beulas and Neoplan coaches were leased and some of those vehicles are now available from the Bus and Coach Centre in Oxford, with the rest at a Lincolnshire auction house.

Rumours quickly spread online that National Express-owned Lucketts Group had acquired the company name and private hire book, but CBW contacted the National Express Group and they confirmed that “There is no NX involvement in this.”