Following the recent news of major service reductions and route changes across the Transport for London network, Secretary for State of Transport Grant Shapps has written a damning letter to Mayor of London Sadiq Khan, in which he states that the Mayor is wrong on a number of levels and that the Government is not to blame for the upcoming changes.

In a tweet on the evening of 23 June, the Secretary of State said: “The Government has provided TfL with close to £5bn of funding, but by repeatedly playing politics instead of fulfilling his side of the bargain, Sadiq Khan is preventing a long-term deal from being secured.” 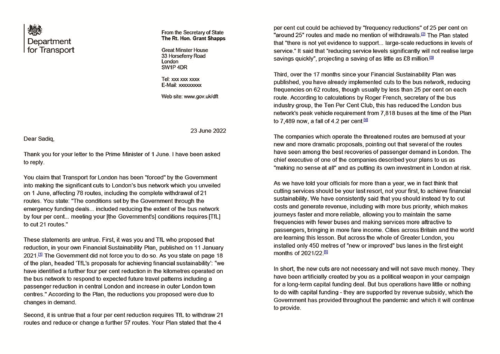 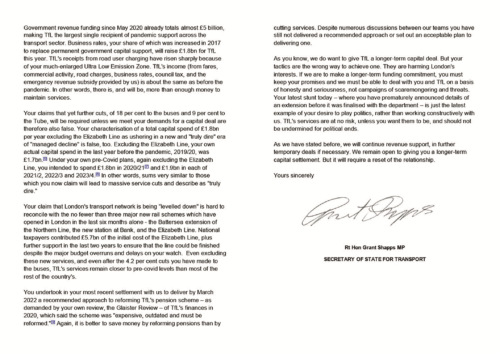