Stagecoach has marked four decades of connecting communities with its bus, coach and tram services and launched a search for unsung community heroes to help mark its 40th anniversary.

Stagecoach officially marked its 40th anniversary on Friday 9 October. Founded by Sir Brian Souter and his sister Dame Ann Gloag in 1980, Stagecoach colours have been seen across the UK and in countries around the world including New Zealand, North America and Sweden over the last 40 years. Today, the company says its role is as vital as ever as the country meets the challenges of Covid-19 and looks to a green recovery. 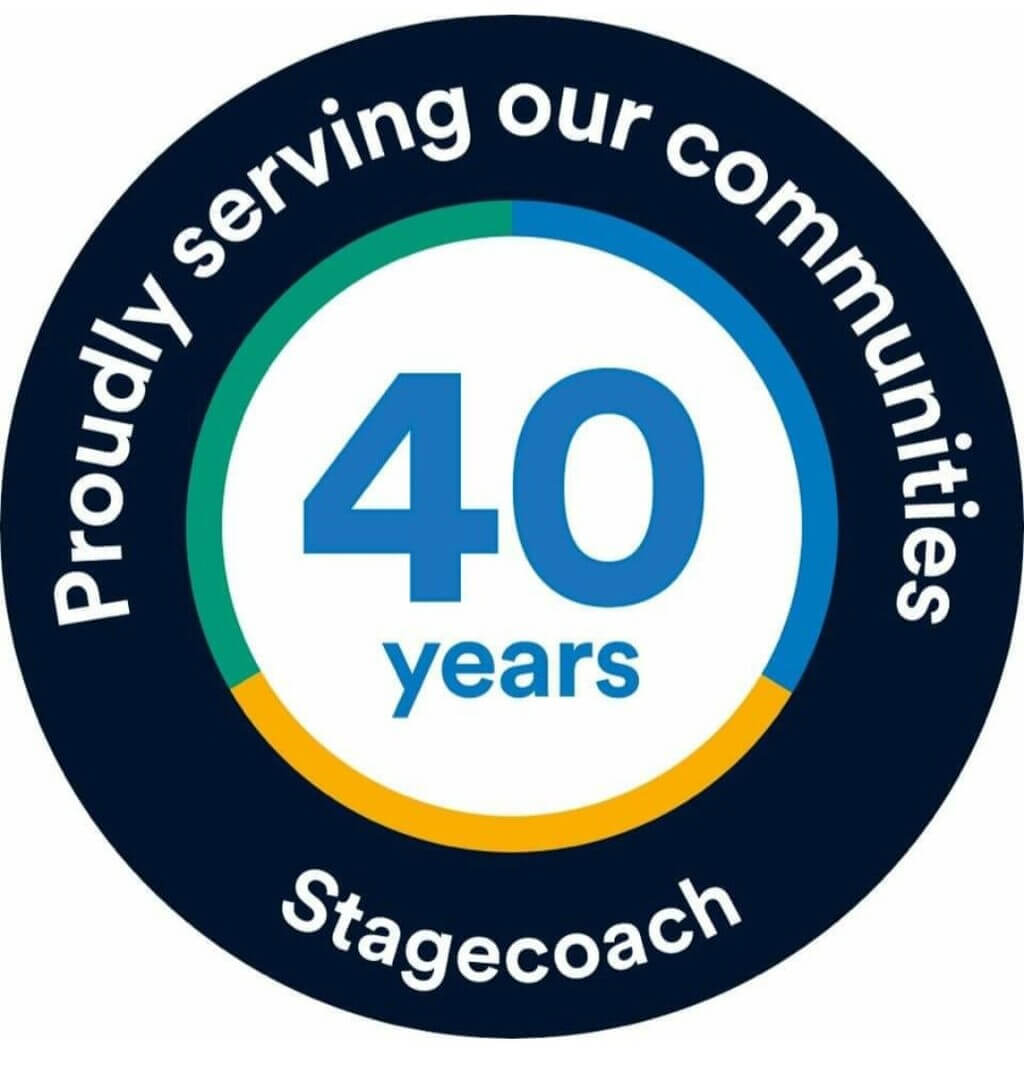 To mark four successful decades, the operator is appealing to heroes in the communities it serves with its bus, coach and tram services to be part of the anniversary celebrations. Stagecoach is asking its customers and its communities to nominate their unsung heroes. Stagecoach will be seeking nominations from across each of the areas it operates, and the winner in each area will receive high street shopping vouchers and be put forward to the final to become the Stagecoach National Community Hero.

Nigel Winter, Managing Director for Stagecoach in South Wales, said: “In the past four decades, we’ve helped billions of passengers get to work, go to school, college and university, get their shopping, spend their leisure time, and stay in touch with family and friends.

“Anniversaries are a great time to reflect and look back at what we’ve achieved. But they also provide an opportunity to remember all the people who are important to us. We’re proud of the incredible role that our people continue to play in making sure our communities stay connected with the people and places they care about the most. And we know of the incredible work that goes on in the communities we serve, and have seen some great examples of people pulling together to support each other during the difficult recent months of the pandemic.

“In marking 40 years, we want to pay tribute to our local community heroes and all of our employees for the valuable role they have played in making Stagecoach the company it is today. But it’s also important that we keep looking to the future. We are proud to be a trusted part of daily life in Britain and our services will continue to be central to the future of our economy, protecting our environment and keeping communities connected.”

Reflecting on the last 40 years, Stagecoach said that some of the highlights include the start of Stagecoach Supertram in Sheffield in 1997, the launch of the megabus coach network in 2003, a 20-plus year stint of running some of the busiest train companies in the country, trying new forms of transport such as the hovercraft and amphibus, as well as the steps taken to make services more environmentally friendly with the launch of biobuses and investing more than £1bn in new greener buses.

As part of its celebrations, the operator has produced a special anniversary video where Sir Brian and Stagecoach Chief Executive Martin Griffiths reflect on how the journey started, the values that drive Stagecoach, the critical role of its people, and the focus on customers and local communities.