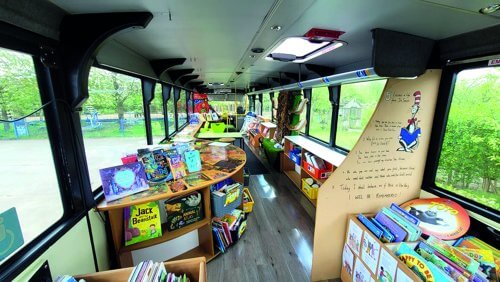 Whether its reading spaces, quiet places or somewhere to meet new faces, people are being asked to submit their ideas for a chance to win a free decommissioned yellow school bus this summer. Individuals, schools, community groups, sports teams and volunteer organisations can bid to Transport for Greater Manchester (TfGM) to win one of several yellow school buses that will be decommissioned from its fleet in July 2021.

Interested groups have until Friday 18 June to submit their proposal online before the applications are considered and the winning entries announced. Entries will be judged on several criteria, including originality, creativity and benefit to the community. The competition has been set up to run again following the success of similar schemes in summer 2018 and 2019.

TfGM Committee Chair, Councillor Mark Aldred, said: “Our yellow school buses are a fantastic service that allow children to get to school cheaply, safely and securely but, even when their life as a school service comes to an end, they can still be incredibly useful to communities. This scheme has been hugely successful when we have run it previously and I’ve been impressed with not just the creativity, but also the impact that previous projects have had on crucial issues such as child literacy and mental well-being.”