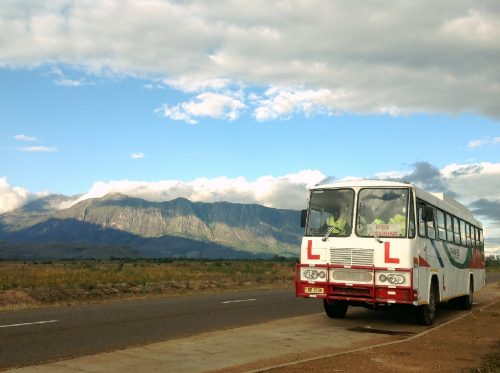 Transaid is a charity that works to transform lives through safe, available and sustainable transport. One of the charity’s corporate supporters is National Express, which has been working alongside Transaid since 2010. CBW spoke to Raquel Davis, National Express’ Assistant General Manager in Indianapolis, the most recent employee to spend time in Zambia

Employees from the international passenger transport company, National Express (NX), first started travelling to sub-Saharan Africa in 2011 to deliver professional driver training as part of Transaid’s programmes. So far, a total number of 15 NX employees have completed at least one secondment in aid of Transaid, spending either two weeks or three months on placement. During Raquel Davis’ time in Zambia, she was able to see first-hand how Transaid’s programmes are helping to transform lives.

Zambia – one of the top 10 producers of copper, which contributes to 80% of the country’s foreign earnings, and with an economy that is growing annually by 6% – is host to one of Transaid’s most successful road safety projects. To put the scale of the project into perspective, in the 12 months ending April 2017, some 972 professional drivers were trained at the Industrial Training Centre (ITC).

Transaid’s work here is essential, because the chaotic atmosphere of the busy streets and the rural African setting makes for some particularly dangerous roads. Currently, some 24.7 people per 100,000 head of population lose their lives to crashes on the road, compared to a low 3.7 in the UK – so the need for professional driver training couldn’t be more pressing.

Raquel Davis, NX’s Assistant General Manager in Indianapolis, took part in a professional secondment with Transaid as part of the NX Network, the National Express Group graduate programme. Originally from Gary, Indiana, and having studied at Purdue University in West Lafayette, Raquel swapped the laid-back spirits of Indiana for the hustle and bustle of a busy, and crowded, Zambian commute. Raquel spent May to July in the country getting heavily involved in the driver training department at the ITC.[…]