The first-ever hydrogen double-decker tour of the UK stopped off at National Express West Midlands on Tuesday 19 October to see the progress being made in decarbonising public transport in Birmingham.

The UK Hydrogen Roadshow, a partnership between manufacturer Wrightbus, hydrogen distribution firm Ryze Hydrogen, and hydrogen production company Ineos through its Inovyn subsidiary, set off from London on Monday 18 October on its 600-mile journey to Glasgow ahead of the UN’s COP26 climate conference. 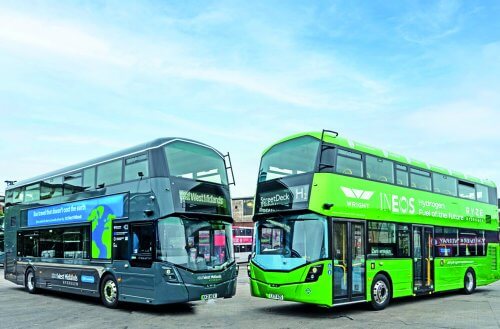