This month, Stagecoach celebrated its 40th anniversary. Jonathan Welch paid a visit to its depot in Perth, the city where the company started four decades ago 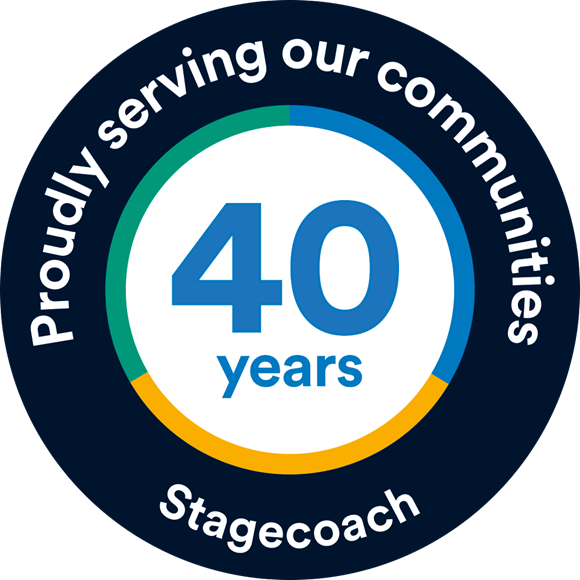 There cannot be many people in the country who have never heard of Stagecoach in one form or another. As a bus operator, its reach stretches from the very north of Scotland to the south coast of England, and its coaches in the form of megabus along with Rennies and the jointly-operated Citylink services are frequent sights on the motorway network.

The history of the company is already well-documented – from its early days of competing against National Express and Scottish Citylink, with brother and sister Brian Souter and Ann Gloag playing a hands-on role at the sharp end themselves, and into local service work as deregulation took effect from the mid 1980s. Its rapid expansion saw it buy companies in London, in the provinces from the NBC, SBG and from city councils directly, as well as taking over others which had been bought from state ownership by management buy-outs. It took similar advantage of the rail privatisation to gain a foothold in UK rail operations, which it held for over two decades. The group’s exploits outside the UK’s shores are also well-known, and at various times in its 40 years the Stagecoach name, along with its familiar stripes, swooshes, or megabus brand, has been seen in countries including Australia, New Zealand, Hong Kong, Kenya, Portugal, Sweden, Finland, Norway, Denmark, Canada and the USA.