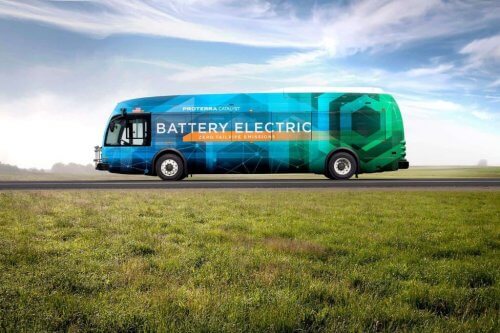 Atomic City Transit operates in Los Alamos and White Rock and provides an average of over 545,000 annual passenger trips. Los Alamos received funding of $1.485m through the Low or No Emission Grant Program to purchase new zero-emission battery-electric buses and chargers to replace the city’s existing diesel fleet.

“Atomic City Transit has been a leader in New Mexico in identifying and implementing innovative solutions that deliver economic and environmental benefits to the public,” said Proterra CEO Ryan Popple. “Proterra’s purpose-built electric buses will help Atomic City Transit meet its sustainability goals while continuing to deliver great service to its community with clean, quiet transportation.”

The buses will use Proterra’s DuoPower drivetrain, which delivers nearly twice the horsepower and five times better fuel efficiency than a standard diesel engine. The DuoPower drivetrain features two electric motors that deliver 510hp, which Proterra says is capable of accelerating a Catalyst bus from 0-20mph in about five seconds, and claims it can propel a bus up a 27% grade, making it an ideal option for routes with steep hills.

“Proterra electric buses are a great solution for transit agencies in the Southwest. With more than 10 million miles of proven performance on the road, our vehicles have tackled some of the toughest routes in all climates,” said Lauren Cochran, Director of Southwest Sales, Proterra. “With more than a decade of experience implementing heavy-duty fleets and infrastructure in North America, our team of experts is ready to help transit agencies seamlessly transition to clean, quiet, battery-electric fleets.”