In the first of a two-part interview, Blazefield co-founder Giles Fearnley speaks to Jonathan Welch about his life and times in the bus industry

In September, it was announced that long-standing First Bus Managing Director Giles Fearnley was to retire in December, following a handover period with incoming new Managing Director Janette Bell. We spoke to Giles to find out more about his long and varied career in the bus industry and his thoughts on its future.

I started by asking Giles how he found his way into the bus industry. “It’s over 48 years ago now,” he recounted. “I applied for a job with the then-local authority-owned Sheffield Transport department, and that’s where it all started. I began my career on the accounting and finance side of the industry, which undoubtedly in later life has served me well and gave me a great grounding, and I progressed through a number of career steps on the accountancy side before I then went into more general management and leadership.” 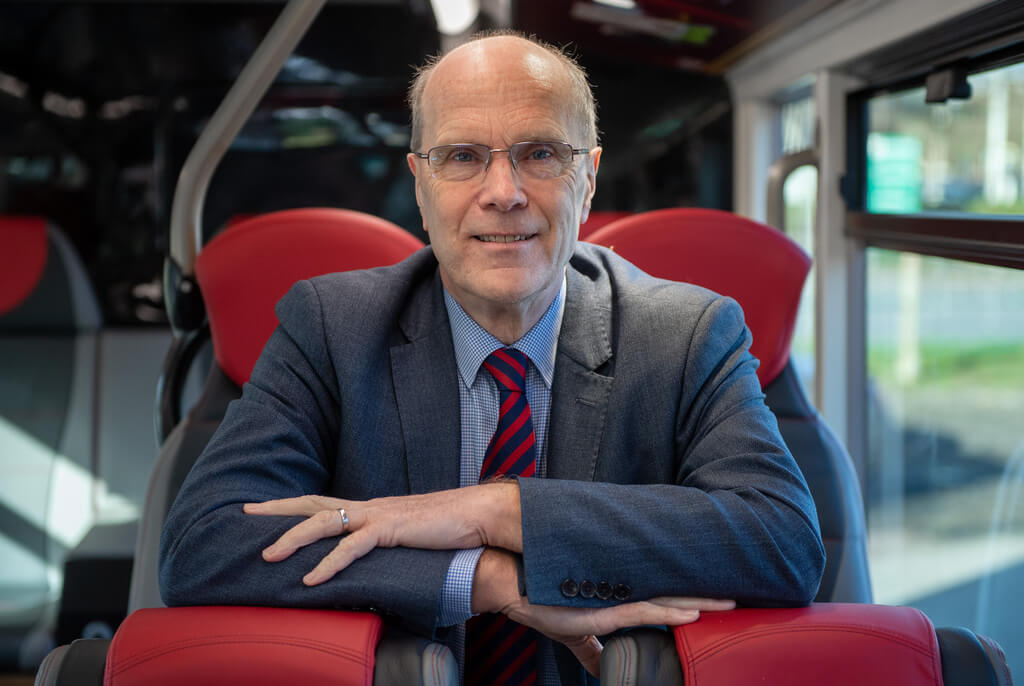 From north to south

“A couple of years after I joined in 1972, Sheffield Transport was subsumed by the South Yorkshire Passenger Transport Executive, so I worked there for a few years before I joined the National Bus Company (NBC). I was ambitious and wanted to progress my career. I suspected the fastest way of doing that wasto be prepared to move, and so I did from Sheffield to Brighton, to Southdown. The following year I couldn’t have gone much further, I went to the North East to what is now Go North East – it was Northern General in those days. After a few years there I moved to East Yorkshire in Hull, where I also became involved with Lincolnshire Road Car as well, at a time when NBC brigaded some companies together. Then just before the music stopped, as we used to say, before privatisation of the bus industry and in the run up to deregulation I moved across Yorkshire to the West Yorkshire Road Car Company in 1985, based in Harrogate, being appointed Company Secretary and Finance Director there.