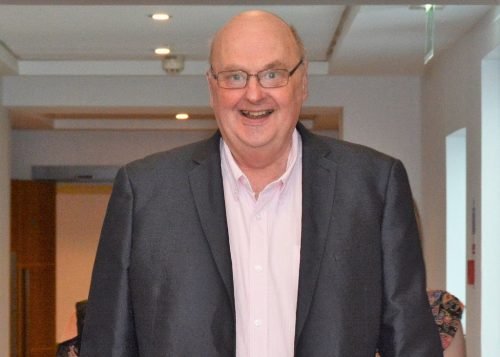 Brian Way of Bournemouth-based Wayahead Travel passed away on June 16 after suffering from a stroke the week before.

Brian, who was aged just 58, was a proactive and highly supportive member of the Coach Tourism Association (CTA) for many years and was elected to the CTA board in 2016.

As featured in CBW1277 at the beginning of February this year, Brian began his career as a trainee and then a bus driver with the former Royal Blue Coaches in Bournemouth. He founded Wayahead Travel 20 years ago. The coach industry and aircraft were life-long passions.

Paying tribute, CTA Chairman Denise Bridges said: “Brian was a lovely man and will be sorely missed by all those who knew him from both sides of the coach tourism industry. As many people have said, he was a real gentleman and someone who always had time to help others.”

He is survived by his wife Carol, who will continue to run Wayahead Travel. Funeral arrangements have not yet been finalised, but will be shared when they are available on the Wayahead Travel Facebook page. Sympathies may be extended to Carol by emailing [email protected] or by post at: Wayahead Travel, 62 Frederica Road, Bournemouth, Dorset, BH9 2NA.