Global fabric manufacturer Camira has released an exclusive collection of 20 designs from its archives to celebrate its 200-year anniversary. Originally produced by Holdsworth, a company founded in 1822 and acquired by Camira in 2007, the New Heritage range features designs from decades past, given a contemporary twist through new colourways reflective of current trends.

Featuring patterns from the 1930s through to the 1980s, the archive edit includes well-known ranges such as the distinctive ‘Waves & Swirls’ first released in 1982, alongside lesser-known patterns like the geometric ‘Grid,’ originally launched in 1938. Selected and recoloured by Camira in shades including cyan, lime and burgundy, the manufacturer says its new collection has been carefully developed to complement modern transport interiors, while paying homage to the company’s rich heritage.

Commenting on the launch of the collection, Sarah Mallinson, Senior Transport Designer at Camira, said: “New Heritage has been such a delight to work on – our archives are filled with beautiful designs, each one of which tells a story and holds a memory, and to be able to give just a few of these patterns a new lease of life, to be enjoyed all over again, is such a great way to celebrate 200 years.” 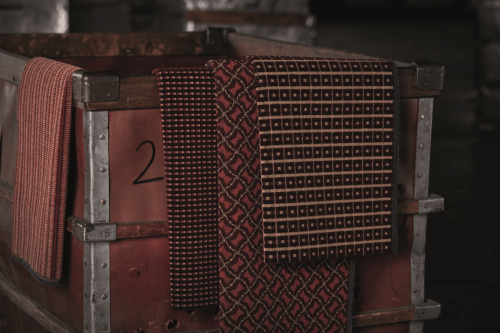