Passengers boarding any West Yorkshire bus from September would pay no more than £2 per journey under proposals announced by Mayor of West Yorkshire Tracy Brabin during May, whilst similar plans were dicussed by the Liverpool Combined Authority during June.

In West Yorkshire, as well as single fares, multi-operator WY DaySaver tickets will be reduced from £5.50 to £4.50 from September. Funding for new bus routes to reconnect as many communities as possible left isolated by service changes over recent years will also be made available as part of the proposals, which build on West Yorkshire Combined Authority’s revised Bus Service Improvement Plan. The new £2 maximum fare will be negotiated with the bus operators through the new West Yorkshire Enhanced Partnership, which started on 1 April this year.

“When I became Mayor a year ago, I promised to make bus fares simpler and cheaper across West Yorkshire. Through our new Enhanced Partnership with bus operators that’s exactly what we’re doing,” said the Mayor “The proposed new £2 maximum fare will make a difference to people’s lives, helping to make bus travel an affordable choice. It will significantly cut the cost of travel for people making journeys over 3 miles, in some cases by £1.50.

“We’ll also be investing over £25m to develop new bus routes to reconnect those communities left isolated by recent service changes, particularly in our towns and villages, to help people reach health and leisure services, work and learning opportunities, and to see family and friends. Our consultations on which new and existing routes to support will begin next month.

“I want people to see buses as the first choice for the journey they want to make. The investments we’re making to reduce fares, develop new routes and introduce new zero-emission buses mean they will be a cost-effective environmentally-friendly way to travel in West Yorkshire for years to come.”

In Liverpool, Mayor Steve Rotheram announced plans to accelerate region’s ‘London-style’ bus revolution with £2 adult single fare proposed for all bus services across the region, a saving of up to 13% in the cost of a single journey.
The Mayor said: “One of the reasons that I ran to be the first Mayor of the Liverpool City Region was the opportunity to revolutionise our broken, fragmented public transport system. Hundreds of thousands of people rely on buses to get about every day – yet far too many tell me that they are too expensive, too unreliable and too confusing.

“We took a major step forward on this earlier this year, when we chose franchising as our preferred model for running our region’s buses. This latest announcement will help ease the burden on people – especially during the cost of living crisis – by making it cheaper for them to get about.

“This is just a down payment on my wider ambitions, though. I’m fighting to win London-style funding that will allow us to revolutionise our buses, trains and ferries and bring them together into a transport network that is better connected, faster, and cleaner.
“If it’s good enough for the capital, then it’s the very least that we should expect here in our region. This is the difference that devolution, with proper local decision making, is making to our region.” 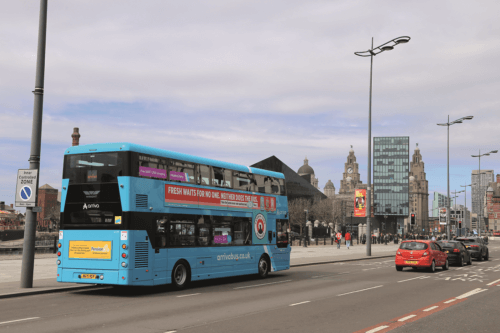