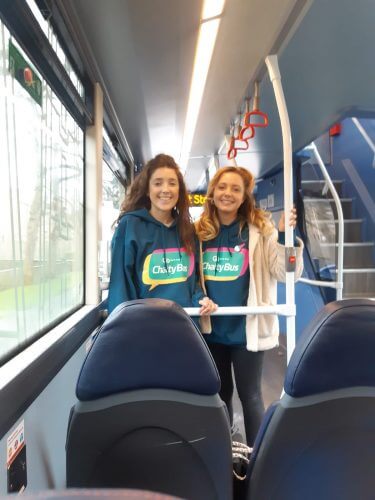 In a bid to support those who might be battling with loneliness, Go-Ahead has introduced a ‘chatty bus’ campaign.

The scheme comes after research undertaken by ComRes on behalf of Greener Journeys showed that:

The research was release ahead of the launch of the Government’s Loneliness Strategy in January, which aims to tackle the growing problem of loneliness and isolation felt by those in the UK.

The Chatty Bus Champions will only engage with those who want to take part, and will strike up conversation, play games and use a range of icebreakers.

Martijn Gilbert, Managing Director of Go North East, explained: “The bus is the original social network and this research shows just how vital a lifeline it is for those who feel lonely or excluded.”

Transport Minister Nusrat Ghani said: “Transport has a vital role to play in tackling loneliness and bringing people together. Something as simple as a bus journey can put a smile on someone’s face.

“This is why we are working with providers to ensure that transport is accessible in every sense of the word, and I am delighted to see such an innovative approach from Go-Ahead.”

Go-Ahead Group Chief Executive David Brown said: “The launch of our chatty bus campaign is the first step we are taking to encourage people to reach out to those around them.  Loneliness is a major issue in modern society and can have the same impact on health as smoking 15 cigarettes a day.

“We know how important buses are in the daily lives of many people but knowing that a third of people catch the bus to have some human contact illustrates this further.”