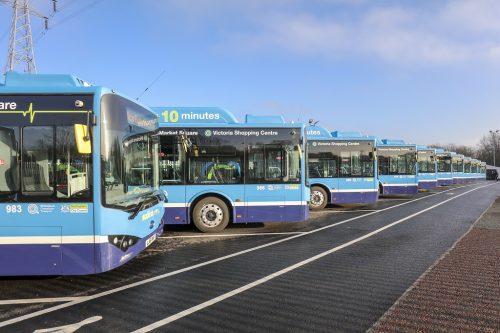 The largest UK electric bus operation outside of London attracts attention from around the world. Angela Youngman reports

Nottingham is justly proud of its high profile success in the UK Bus Awards. 2017 marked its third Environment Award when it secured Gold, having gained a Silver in 2014, and a Gold in 2015 for varying stages of its six-year Electric Bus Project.

As Mark Yexley, Chairman of the UK Bus Awards commented at the time: “The judges were very impressed with what’s believed to be the largest electric bus operation outside of London. It’s a really pioneering approach in Nottingham.” […]