15-year-old coach and bus enthusiast Jake Sumner and his dad Dave are no stranger to the pages of CBW. If you cast your mind back to last year’s Christmas issue, you may remember a feature on the Stratford-upon-Avon-based duo’s first foray into preservation, which involved the purchase of two Volvo B10M Plaxton Premieres from local firm Bakers Coaches. 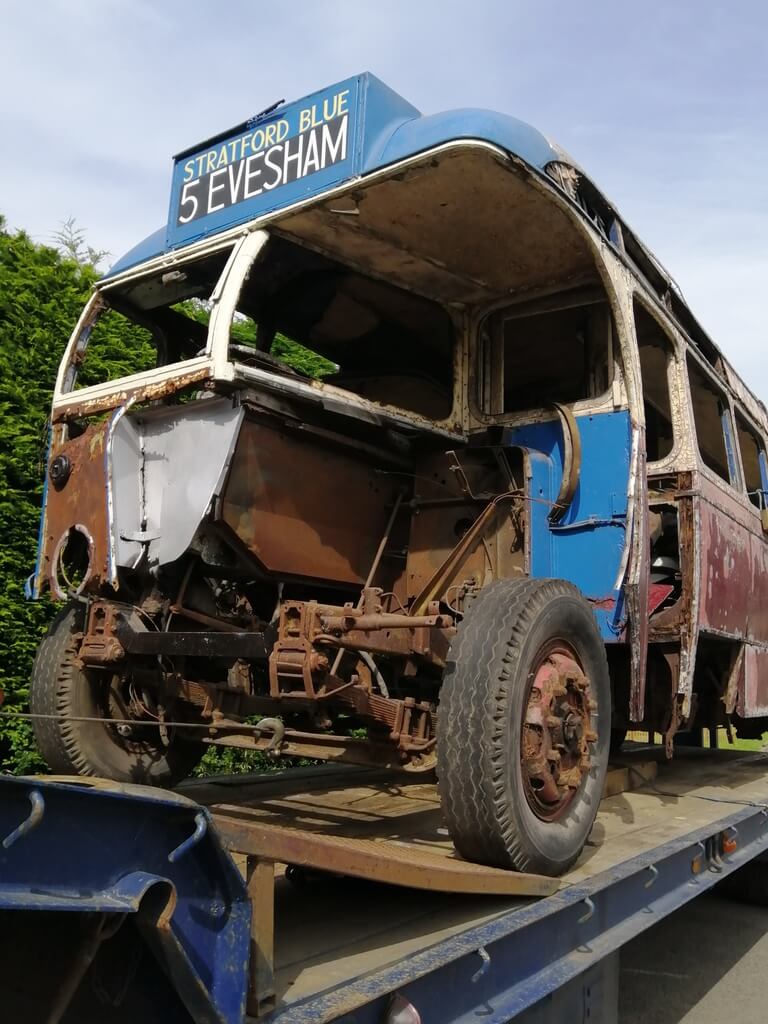 R4 and R5 ONH were past their best – having latterly been used on school services – and neither was roadworthy, with R4 needing some welding to get it through its MOT and R5 missing some parts. Being the most complete and fully drivable, R4 became the priority for Jake and his dad. “We’ve just recently fixed R4’s number plate lights, and we’ve cleaned out some of the lenses on the lights as well. We have a few more things to do and then it’ll be ready for its MOT,” Jake told me.

“We’re hoping to get the MOT done ready for April, because that’s when the Kirkby Stephen rally is normally held,” Dave explained, “so we’re hoping to take it up there for its first proper run. I did my PCV test in September and got through, so I can drive the thing now! It was hard work though, as I had to do it round Guildford. I did it with a company called J Coates; they’ve got depots all over, but the only place they could get me into (they cancelled my initial booking when the first lockdown happened) was Slough. So I did my lessons in Slough and then had to go to Guildford for the test, which was interesting!” he laughed.

“R4’s coming on really well and we’re still doing bits to R5 as well. It’s had some new mirrors and indicators, and we’ve replaced a few parts of the dash. We’ve got a shell of a caravan at our yard that’s crammed full of Plaxton bits, and Volvo in Loughborough have been quite helpful for parts too.”