The first two Alexander Dennis (ADL) Enviro500 buses have been unveiled by Berliner Verkehrsbetriebe (BVG), ahead of a new fleet of double-deckers for the German capital.

Berlin’s new generation of iconic yellow double-deck buses is the first to have been designed in Britain by ADL, which has tailored its Enviro500 model to the requirements of the city.

The first two double-deckers for BVG are part of a framework contract for up to 430 vehicles, signed in October 2018. Following the two buses, an order will be placed for 198 units following the successful completion of a testing programme with the initial pair of vehicles. BVG Chief Executive Officer Eva Kreienkamp said: “Big yellow buses are as much a part of Berlin as the television tower and Brandenburg Gate. I am delighted that we are now able to continue this tradition while observing market developments for electric buses.”

Berlin’s Enviro500s are 13.8m long and 4.06m high, with three doors and two staircases to facilitate rapid boarding and alighting on busy urban services. They are fitted with USB chargers at each of the 80 fixed seats, while the maximum capacity of 112 passengers allows for additional standees, buggies and two wheelchair users. A live indication of upper deck seat availability is provided at the bottom of the stairs and screens throughout the vehicle show next stops, connections and other relevant information. Tactile handrails at all doors benefit the travel experience of visually impaired customers. The buses are fitted with interior lighting which changes colour tone according to exterior air temperature, assisting passengers’ subjective thermal comfort in addition to full air-conditioning and auxiliary heating.

Paul Davies, ADL President & Managing Director, said: “It is an honour for ADL to have been selected as the supplier of a new generation of double-deck buses for Berlin. We have drawn on our experience with over 18,000 double-deckers deployed around the world – in Canada, the United States, Mexico, United Kingdom, Ireland, Switzerland, Hong Kong, Singapore and New Zealand – to jointly develop a bus that fully responds to BVG’s needs and delivers an outstanding travel experience for bus users in Berlin.”

To support the testing programme and the future serial production vehicles, ADL has recruited local teams and invested in an office, service workshop and parts warehouse in Berlin, which will also function as the regional hub for further European expansion. It is expected that the first two Alexander Dennis Enviro500s will enter passenger service in mid-November on Berlin’s flagship route 100, which this autumn celebrates its 30th anniversary of linking East and West following the fall of the Berlin Wall. 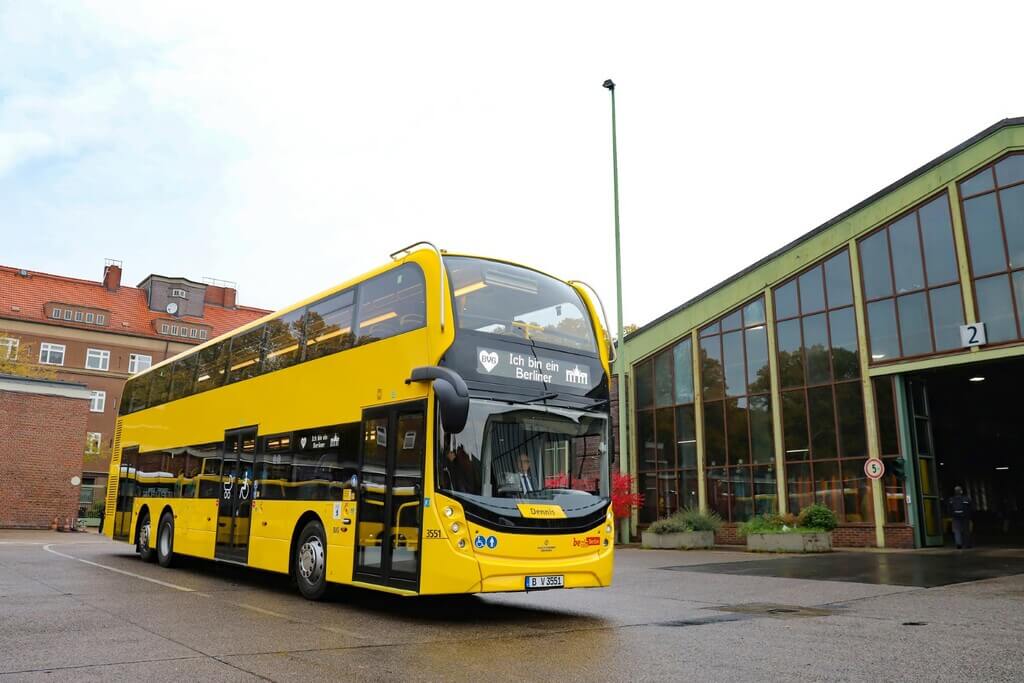