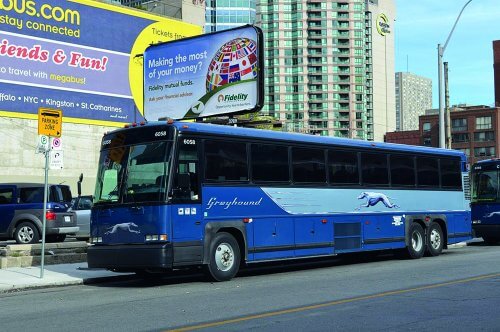 Having temporarily reduced or suspended services last year as a result of the Covid-19 pandemic, and due to sustained ridership decline in Ontario and Quebec, Greyhound Canada says it has made the ‘difficult’ decision to discontinue its operations on all remaining routes in Ontario and Quebec, and permanently discontinued all services in Canada from 13 May this year.

Cross-border services to and from the USA will continue to operate when the border re-opens. These services are operated by Greyhound Lines Inc., which is a separate entity and remains unaffected by the announcement, provides routes between Toronto and New York, Toronto and Buffalo, Montreal and New York, Montreal and Boston, and Vancouver and Seattle.

“We deeply regret the impact this has on our staff and our customers, as well as the communities we have had the privilege of serving for many years. A full year without revenue has unfortunately made it impossible to continue operations. Thank you to our dedicated staff for their commitment and service, and to our customers for choosing Greyhound Canada during better times. The company remains committed to honouring its labour agreements with employees and funding the commitments to our pension plan participants,” said Stuart Kendrick, Greyhound Canada’s Senior Vice President.
The operator said it had implemented a range of cost reduction steps during recent years, including frequency adjustments and other efficiency measures. In 2018, after years of declining ridership and the impact of a changing and increasingly challenging transportation environment, including de-regulation and subsidised competition such as VIA Rail and publicly owned bus systems, the company suspended services in the western part of Canada.

The pandemic, and the required travel restrictions which the operator said it recognised were necessary to help keep people safe, brought a further drop of approximately 95% before operations were fully suspended in May 2020.

“Our service is reliant on the farebox – we are not able to sustain operations with a significant reduction in ridership and the corresponding revenue loss. Greyhound Canada has made significant outreach efforts to provincial and federal governments for financial support for the industry. Financial investments from governments for Canada’s inter-city bus sector have been negligible. Operations are not feasible absent of financial support,” the operator said in a statement.

Those holding tickets for travel within Canada after 13 May or travel vouchers were able to request a refund.